Kramarczuk's, Ukrainian deli and restaurant in northeast Minneapolis, has won a James Beard American Classic Award. The award is given to regional establishments, often family-owned, that are "treasured for their timeless appeal, quality food and local character".

The business dates to 1954, when Ukrainian refugees Wasyl and Anna Kramarczuk purchased Central Provisions, one of the city's oldest butcher shops, and renamed it Kramarczuk Sausage Co. It has been at the same address, just across the Mississippi River from downtown Minneapolis, since 1967. Wasyl and Anna's son Orest joined the business in 1979. He's now the primary owner.
Kramarczuk's more closely resembles a cafeteria, with polite, mostly Ukrainian young women working behind the counter; Kramarczuk's has long been a first job for immigrants. In addition to deli sandwiches served on fresh rye and caraway rye, it still serves the traditional fare that Anna prepared for her family: gigantic pork- and rice-filled cabbage rolls smothered in a tomato cream sauce, dumplings stuffed with potatoes and cheese and served with a dill pickle, and thick Polish sausages stewed in pungent sauerkraut, colorful salads, and crepes filled with a medley of beef, pork and chicken and topped with horseradish-laced sour cream. The piroshok-soft, golden buns filled with hard-cooked eggs, mushrooms, and seasoned ground beef-continue to be a staple.
Of course there's an ever-changing selection of the house specialty, the butcher shop's expertly made sausages, bratwurst, kielbasa, and wieners, swiped with some of the kitchen's zesty mustard and stuffed into sturdy, house-made golden buns. Along with a relatively recent push towards elaborate tortes, cakes, and cream puffs, the bakery continues to turn out delicious kolaches filled with cheese, prunes, apricots, or poppy seeds.
The James Beard Foundation Awards are known as the Oscars of the culinary world, and are given out each year to US most-talented food and beverage professionals. 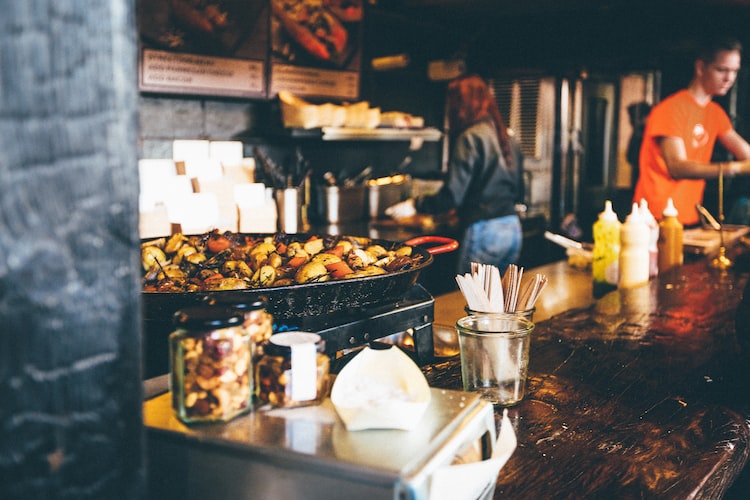